Allergies Can Cause Recurrent Sinus Infections 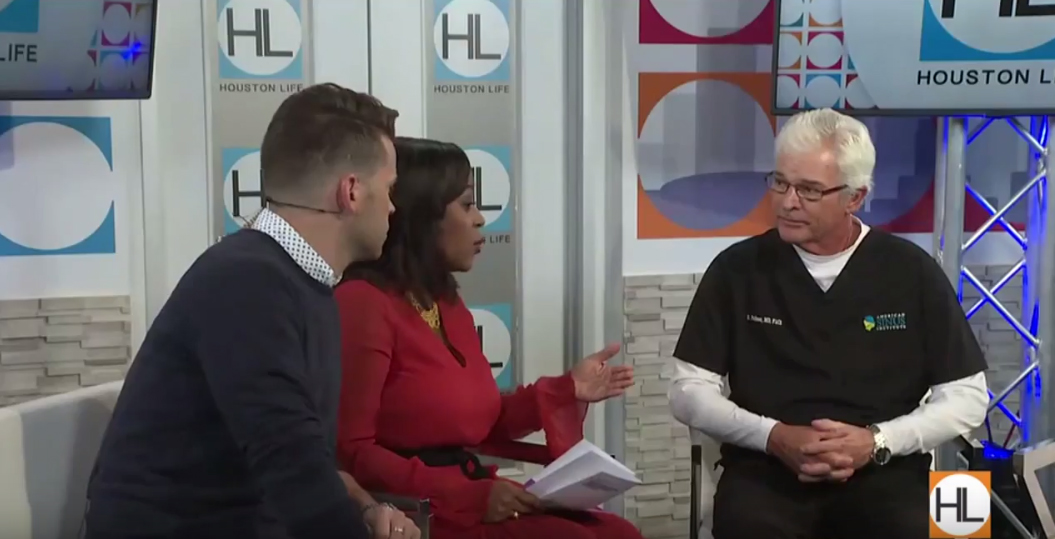 Allergies Can Cause Recurrent Sinus Infections

Dr. Robert Palmer from American Sinus Institute stopped by Houston Live to discuss how allergies can cause recurrent sinus infections and who can benefit from the balloon sinuplasty procedure.

Sharron Melton: All right, we got a live look at Galveston. It’s the pyramids in Galveston it looks like overcast and we are getting rain all day long, probably

‍Derrick Shore: Certainly will. So, you know part of living in our great city of Houston is that allergy season can be brutal.

‍Sharron Melton: Did you say great for living is allergies?

‍Derrick Shore: Nobody warned about this before I moved here.

‍Sharron Melton: We all deal with it and now with flu season in full swing, that can make things even worse. So what do you do, and how do you handle all this; especially when it comes to your symptoms? Joining us now, with more of those answers is Dr. Robert Palmer with American Sinus Institute. Hi! Dr. Palmer. Thank you so much for joining us. Because, especially as a sinus sufferer myself, I really have questions for you. Now tell me first of all, a lot of people are dealing with their sinuses and probably not even tackling them right now because of Harvey and all of that. But what should people be doing now to prepare themselves for this season, that is going to be a long one for a lot of people?

‍Dr. Robert Palmer: Well most people are having an extra whammy because of what happened. And the allergen count is high, there's bacteria counts that are higher and there's the moles, but in any event, this time is gonna be tough because they're trying to take care of their priorities at home...

‍Dr. Robert Palmer: but they probably should use some saltwater solutions and some over-the-counter medication for allergies which will help them out.Derrick Shore: So, the saltwater solution sort of flushes out some of those contaminants?

‍Dr. Robert Palmer: Exactly. It's particular, it's not an allergen per say, like you know, molds and your trees and pollen. These are actually particulates, you know, from sawdust, from sheetrock. Gets into your sinuses. It becomes an irritant, can cause recurring infections.

‍Dr. Robert Palmer: So, this is like a one-two punch, by the way, for the people who have been tearing stuff out of their homes. We're dealing with all of the dust and everything. One thing that we've talked about before, is when people are experiencing these symptoms, a tricky, tricky part, is figuring out the cause of those symptoms.

‍Sharron Melton: All the time.

‍Derrick Shore: So, can you explain how you guys were able to diagnose and treat the problem?

‍Derrick Shore: and that can lead to facial pressure?

‍Dr. Robert Palmer: That leads to pain, the drainage and essentially will eventually become a sinus infection. And people who have that recurring, greater than three or four times a year, fall under the category that they need to have a procedure that will reestablish ventilation and that's what we do at the Sinus Institute.

‍Sharron Melton: I know one thing I've always been taught is, okay this is probably gonna be gross, but to look at, when you sneeze, of course your mucus, and the color of the mucus to determine, you know if it's just an allergy, if it's just regular sinus or something more than that. Does that still help and hold true?

‍Dr. Robert Palmer: Yeah! It does. I mean, you can have particulate matter that can cause the mucus to change, but most of time it's a discoloration with the facial pain that suggests that you have a sinus infection and you will need antibiotics…

‍Dr. Robert Palmer: you just have allergies and the mucus is clear but you still have pain, you don't need antibiotics for that you need some type of topical spray, antihistamines, decongestants to help you breathe and help you ventilate.

‍Sharron Melton: So what happens, though, if you are on medication but the medication isn't working anymore? What should you do next?

‍Dr. Robert Palmer: You need to come and see the American Sinus Institute. That means that you're not ventilating or you're not draining. Okay, you have to drain. The sinuses are active. They're always producing mucus. If they get blocked and retain fluid, the fluid is nothing more than protein and sugar and guess what likes protein and sugar, besides us?

‍Dr. Robert Palmer: If it stays in there and nasal passages are blocked that bacteria gets into the sinus and you end up with the sinusitis.

‍Derrick Shore: Oh interesting! That makes total sense. So, listen you mentioned the procedure opening up these passageways, can you describe to us exactly how it's done, it's a balloon sinuplasty?

‍Dr. Robert Palmer: Yes, exactly. The reason it's such a wonderful procedure, we're not damaging the sinuses. In the past, we would go in and remove tissue; that's not good. Sinuses do not like to have their tissue removed. What they want to have is an opening that will ventilate so the fluid can get out.

‍Derrick Shore: Can drain out and that's what we're seeing right now.

‍Dr. Robert Palmer: Exactly, and if you go in and scar the mucosa, then it can't move because it works on a mucociliary flow, it's like a moving carpet and if that mucus that's in the sinus, that's been blocked and retained, its that opening that you scarred, where does it go? It falls back into the sinuses. Now you're into recurring infection...

‍Dr. Robert Palmer: with the balloon sinuplasty we don't do any damage to the sinuses. We just re-established ventilation.

‍Sharron Melton: How long does this procedure take?

‍Sharron Melton: And do you have to go back, and is it a reoccurring surgery you have to have, or what happens?

‍Derrick Shore: But also, American Sinus Institute, you guys do the most procedures, I understand in Texas?

‍Derrick Shore: And for most of your patients, are they immediately getting relief? I mean can they, how long until they can go back to work or until they're feeling like they can breathe again?

‍Dr. Robert Palmer: If they don't have a job that requires heavy lifting, they can go back the next day...

‍Sharron Melton: Oh! that's fantastic. Anytime you can breathe is a good thing, yes all right.

‍Derrick Shore: Almost out of time, by the way, about 30 seconds left. Any advice you have for all of us as we are moving into the lovely flu season?

‍Dr. Robert Palmer: I mean, let me explain. We don't operate because you have an upper respiratory tract infection, that's just the cause. You're gonna have to go through that like anybody else. You get a virus, it's gonna go away. You need to treat yourself with decongestants and get through that period. If however, after the flu resolves and you're still having facial pain, then you come and see us for that. That's the idea. That's the thing I wanted to explain, it's very important. We talk about allergies, we talk about upper respiratory tract infections, we talk about sinusitis. The most important thing is that, if you just have allergies, and you think you may not benefit from this, allergies can cause recurrent sinus infections okay? It's an inflammatory reaction to an allergen. It's not an infection of itself, but if it blocks your sinuses then you're susceptible to the recurring infections, so people who normally never would have had endoscopic sinus surgery can benefit from the balloon sinuplasty.

‍Sharron Melton: All right, Dr. Palmer thank you so much. We really appreciate your time and also for more information on this procedure and ways to improve your own sinus health contact American Sinus Institute at 713-BALLOON which is 713-225-5666 or make sure you check out their website americansinus.com